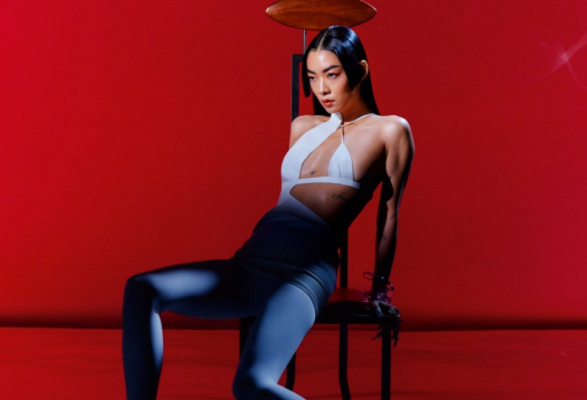 Rina Sawayama has unveiled new single ‘This Hell’, taken from her forthcoming sophomore album ‘Hold The Girl’, due out on 02 September 2022.

The pop-meets-country track was produced by Paul Epworth alongside Clarence Clarity and written by Rina with Epworth, longterm friend and collaborator Lauren Aquilina and Vixen.

The multidimensional pop sensation commented, “I had so much fun writing ‘This Hell.’ The past couple of years I’ve been listening to lots of female country singers and wanted to write a euphoric and tongue in cheek country pop song. Country music at its core to me represents comfort, brilliant storytelling and authentic expression of the writer’s reality. I’ve been dreaming of working with Paul Epworth my entire career so I knew it was meant to be when we finished this song in a day. I put in as many iconic pop culture moments as I can, but the song is more than that.”

She continued, “It’s an important song for me given the human rights that are being taken away from minorities at a rapid rate in the name of traditional religious beliefs, more specifically I was thinking about the rights being taken away from the LGBTQ community when I wrote this song. When the world tells us we don’t deserve love and protection, we have no choice but to give love and protection to each other. This Hell is better with you.”

LISTEN TO ‘THIS HELL’ HERE:

New full-length ‘Hold That Girl’ will be the official follow-up to Rina’s critically acclaimed debut ‘SAWAYAMA’.

The Japanese-British singer recently completed her sold out UK and US headline tours and packed-out sets at Coachella. In addition to a string of festival appearances lined-up for this summer, she has confirmed that she’ll head back out on tour in support of her new record this autumn.