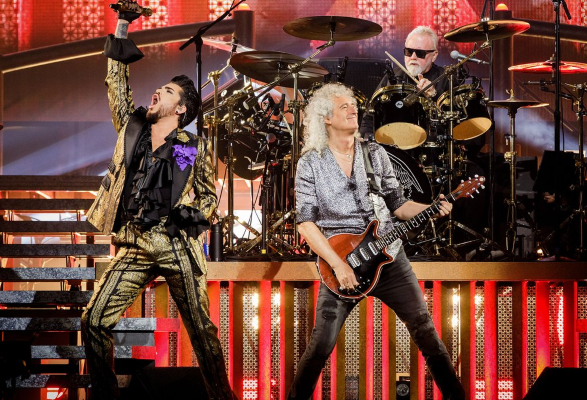 Queen + Adam Lambert have rescheduled The Rhapsody Tour to summer 2022, giving audiences on this side of the Atlantic the chance to see the epic new show.

Completing the tour line-up will be the band’s long-term on-stage collaborator Spike Edney on keyboards, Neil Fairclough on bass and Tyler Warren on percussion.

Queen + Adam Lambert’s new highly acclaimed two-and-a-half-hour production is once again the work of Stufish Entertainment Architects’ set designer Ric Lipson and lighting designer Rob Sinclair, who have dubbed the show to be the band’s most spectacular yet.

The Box Office-busting, Oscar-winning ‘Bohemian Rhapsody’ biopic introduced the legendary rockers music to new audiences across the globe. The film has gone on to become the highest-grossing music biopic of all time as well as the No. 1 biggest-selling film of 2019 in the UK on home release.

Queen’s original soundtrack to the film has remained high in the UK album chart ever since its November 2018 debut. Furthermore, it became their highest-charting album in 38 years in the US, with Queen selling more albums in North America than any artist in the first half of 2019.

The ground-breaking ‘Bohemian Rhapsody’ music video has reached a historic one billion views on YouTube, making it the most viewed music clip of the 20th Century. YouTube views for ‘Don’t Stop Me Now’ have now also surpassed the 500 million mark.

Be sure to grab your tickets to what’s sure to be the hottest rock show on UK soil in 2022!