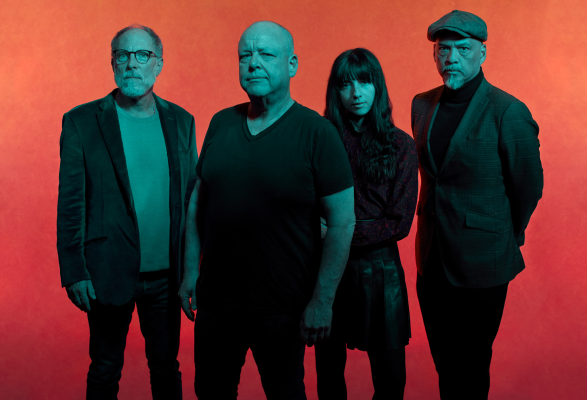 Pixies have announced their eighth studio album ‘Doggerel’, due out on 30 September 2022.

Discussing what makes ‘Doggerel’ standout from their previous releases, guitarist Joey Santiago commented, “This time around we have grown. We no longer have under two-minute songs. We have little breaks, more conventional arrangements but still our twists in there.”

Vocalist/guitarist Black Francis added, “We’re trying to do things that are very big and bold and orchestrated. The punky stuff, I really like playing it but you just cannot artificially create that shit. There’s another way to do this, there’s other things we can do with this extra special energy that we’re encountering.”

The alt-rock icons have also shared lead single ‘There’s a Moon On’.

Sessions for the new album began late in 2021 with producer Tom Dalgety working with Francis in Massachusetts, before they headed to LA to finish tracks with the rest of the band.

CHECK OUT THE ALBUM TRAILER:

Pixies have lined-up a string of UK summer shows, including a slot as guests to Pearl Jam at BST Hyde Park – full details below:

‘Nomatterday’
‘Vault of Heaven’
‘Dregs of the Wine’
‘Haunted House’
‘Get Simulated’
‘The Lord Has Come Back Today’
‘Thunder & Lightning’
‘There’s A Moon On’
‘Pagan Man’
‘Who’s More Sorry Now?’
‘You’re Such A Sadducee’
‘Doggerel’