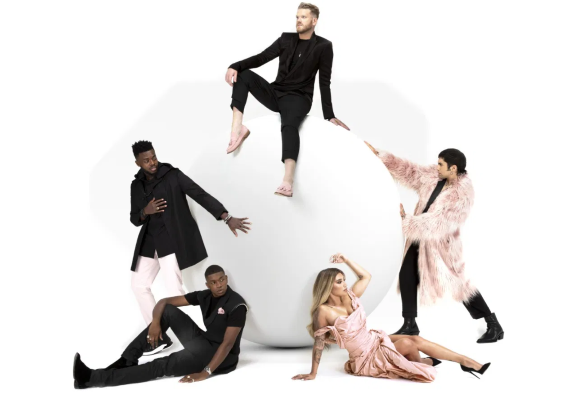 Pentatonix have shared brand new single ‘The Lucky Ones’, the title track from their upcoming original album.

Recently released tracks ‘Happy Now’ and ‘Be My Eyes’ will also feature on the new full-length, due out on 12 February 2021.

LISTEN TO ‘THE LUCKY ONES’ HERE:

‘Happy Now’ was Pentatonix’s first original music since their self-titled original album in 2015, which debuted at No.1 on the Billboard Top 200 Chart and has since been RIAA certified gold. The track was produced by Johan Carlsson, Sean Myer and Ojivolta, and co-produced by the group with Ben Bram.

Discussing ‘Happy Now’ Kirstin Maldonado commented, “We’ve all been evolving – individually and as a group – and I think we’ve really levelled-up in terms of seeking out our own happiness. So, to me, this song is a little bit about us turning the page and being ready for a new chapter.”

Last summer, Pentatonix released their At Home EP along with original music videos for their ‘Home’ medley as well as covers of hit tracks such as The Weeknd’s ‘Blinding Lights’, Billie Eilish’s “when the party’s over”, Dua Lipa’s Break My Heart’ and ‘Dreams’ by The Cranberries.

The three-time Grammy Award-winning and multi-platinum-selling group has sold over 10 million albums worldwide to date. They have two No.1 albums on the Billboard Top 200, with all 10 of their releases reaching the Top 10 on the Billboard Charts.

The group has received multiple RIAA certifications for their multi-platinum, platinum and gold-selling albums and single as well as made an appearance in the feature film Pitch Perfect 2.

The a cappella group are due to head to UK shores in 2021 (rescheduled shows) – here’s where you can catch them performing live: