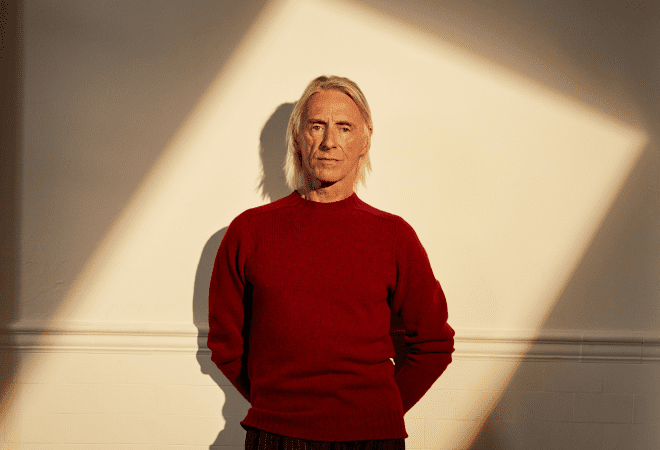 Paul Weller has shared new single ‘Village’, the second track to be lifted from his upcoming new album ‘On Sunset’, due out for release on 19 June 2020.

The soulful, dreamy number was penned by Jan “Stan” Kybert alongside Weller, who described it saying, “It’s a response to being told that we’ve all got to explore the Amazon and climb Everest to make our lives complete. And there’s a guy who says, f**k all that, I’ve got heaven around me.”

The Modfather first began work on his forthcoming album soon after finishing his 2018 release ‘True Meanings’. ‘On Sunset’ was written and recorded at Black Barn Studios in Surrey and produced by “Stan” Kybert alongside Weller and Charles Rees, with string arrangements by Hannah Peel.

Paul Weller will be hitting the road on tour this autumn and has also recently confirmed rescheduled dates for March 2021 – scroll down for more details on dates and venues.