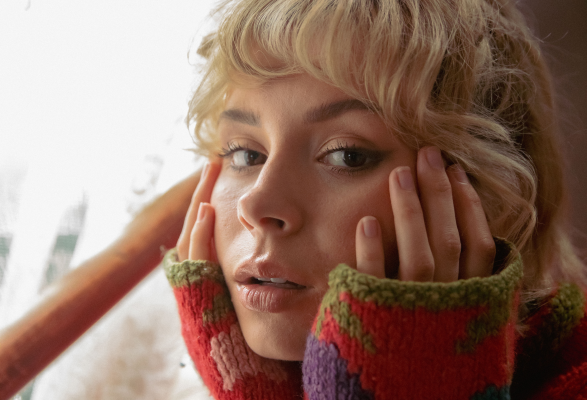 Nina Nesbitt has revealed that her new album ‘‘Älskar’ is due out on 02 September 2022.

The news is accompanied by new single ‘Pressure Makes Diamonds’ as well as an official music video, premiering today (08 June) at 6pm BST.

The new album’s title, which means “to love” in Swedish, reflects the Scottish singer-songwriter’s half-Swedish heritage.

She commented, “Making this album was a completely different experience to anything I’ve made before, although a lot of the music was created remotely, I feel that I’ve processed so much and learnt a lot about the relationships in my life during the last few years. I wanted to capture all types of love in their raw forms, whether it be romantic, heartbreak, friendship, coming of age, familial or self love.”

So far this year Nina has already sold-out two intimate shows in Glasgow and London as well as joined James Arthur as support on his tour in the States. Furthermore, she has been confirmed to play two huge stadium shows as guest to Coldplay at Glasgow’s Hampden Park in August following her summer festival slots at the Isle of Wight and TRNSMT.

Nina Nesbitt has also announced her first UK tour in three years for this November – details below: