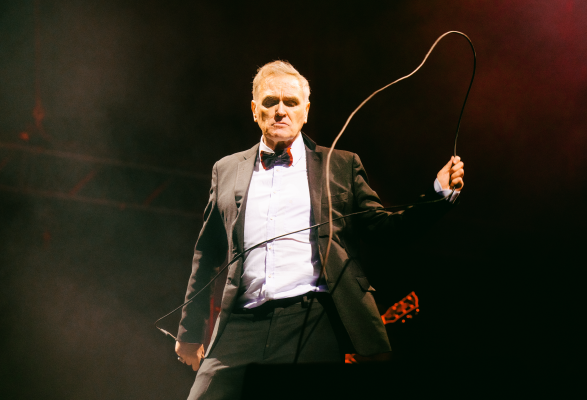 Morrissey has announced a solo UK & Ireland tour for September/October 2022, including two London dates at The Palladium and O2 Academy Brixton.

Tickets on sale Thursday (23 June) at 9.30am from Ticketmaster See Tickets

Morrissey was the singer and lyricist of The Smiths for six years and has been a successful solo artist for 35 years.

In the US, he has had two Top 10 albums and eight Top 20 albums. In 1991, he broke The Beatles record for selling out the Hollywood Bowl.

Later in 2006 Morrissey was voted the second Greatest Living British Icon by viewers of BBC Television, with Sir David Attenborough first and Sir Paul McCartney third. In 2007, he was voted The Greatest Northern Male in a nationwide newspaper poll.

In 2012, Morrissey was awarded the Keys to the City of Tel Aviv. In 2013, Penguin Classics published Morrissey Autobiography, which became the second fastest selling autobiography in British history. The book spent six weeks at No.1, five weeks at No.2, four weeks at No.3, and is a continuing British bestseller.

His songs have been covered by the likes of David Bowie, Nancy Sinatra, the Killers, Marianne Faithfull, Chrissie Hynde, My Chemical Romance, Thelma Houston, Christy Moore and many more.

Don’t miss the chance to see this British icon live in concert later this year.