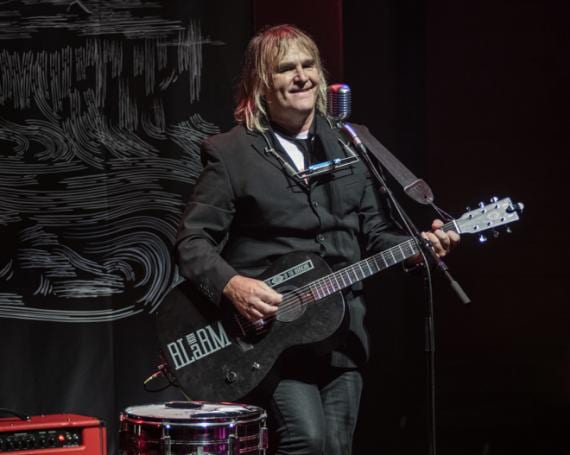 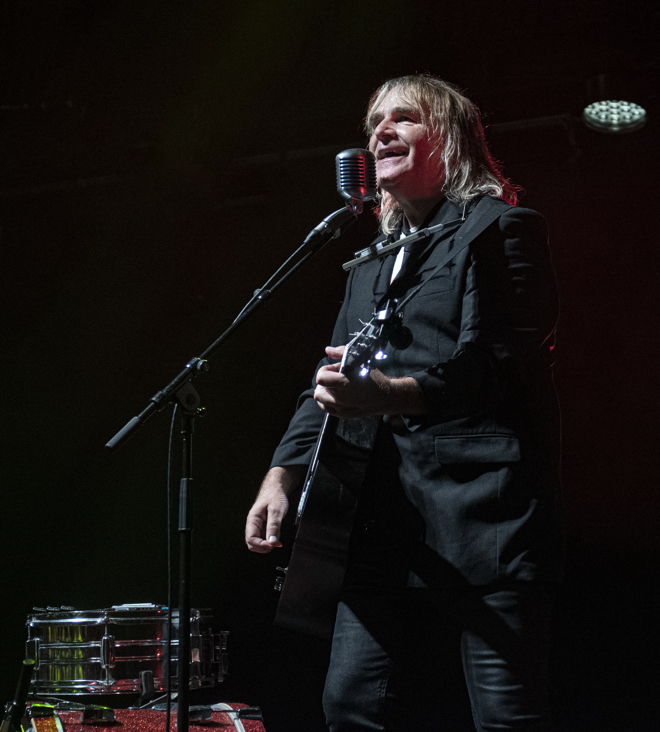 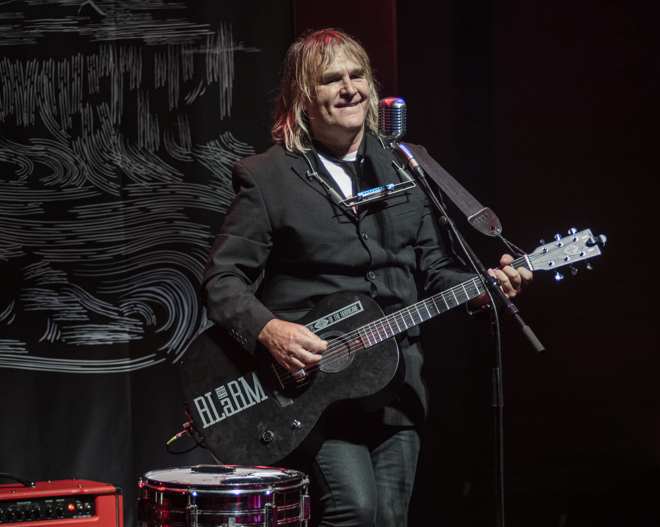 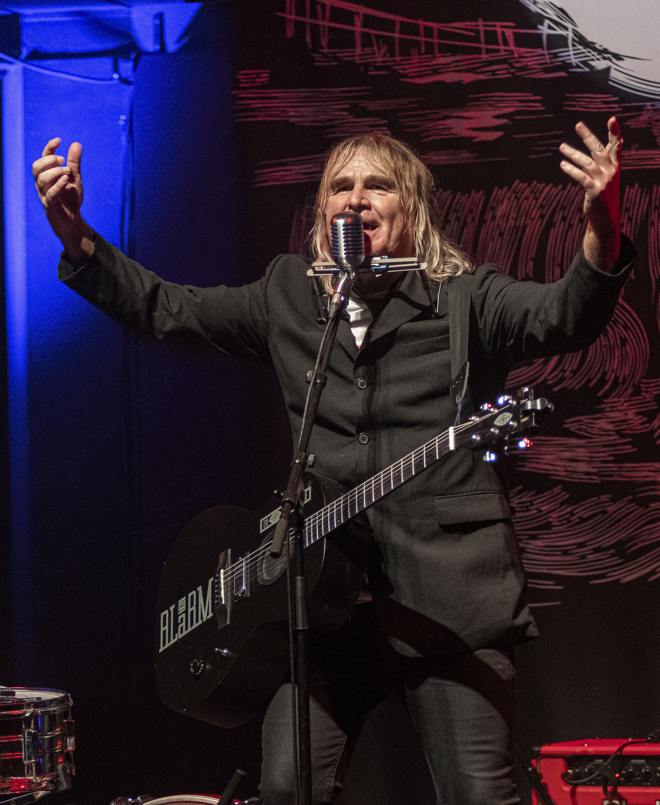 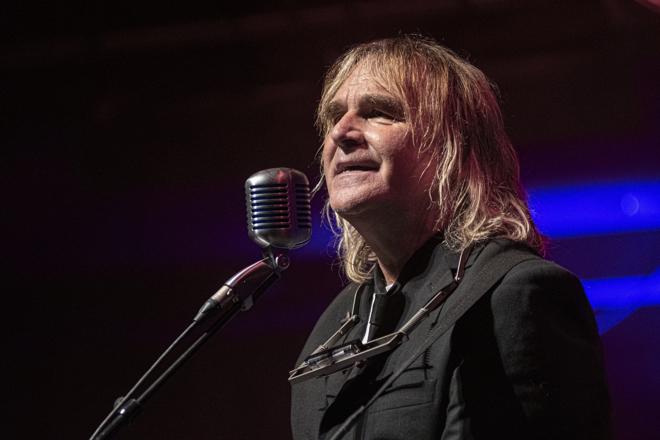 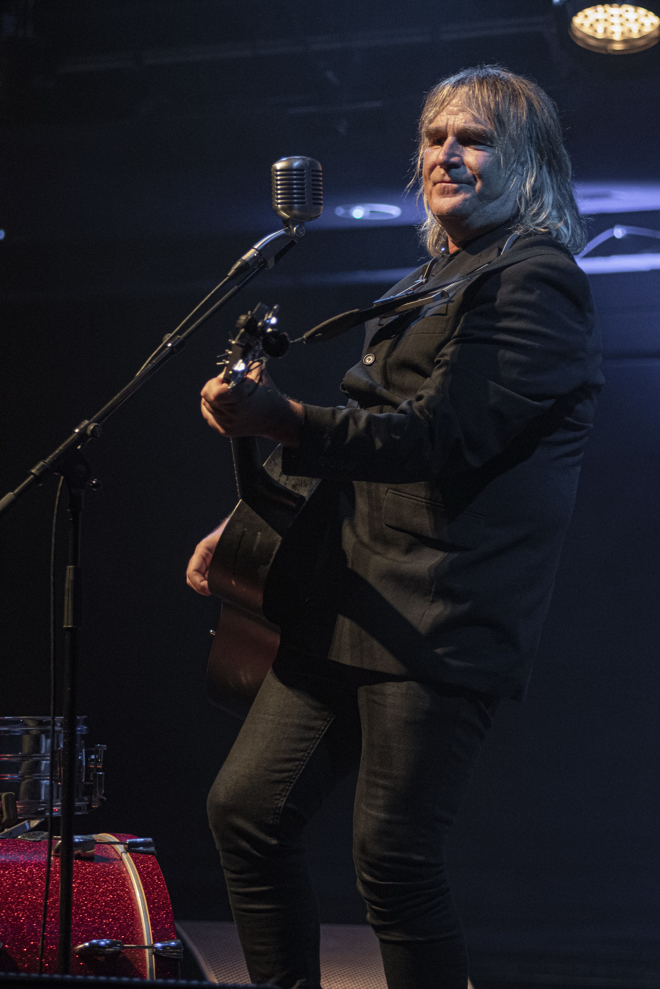 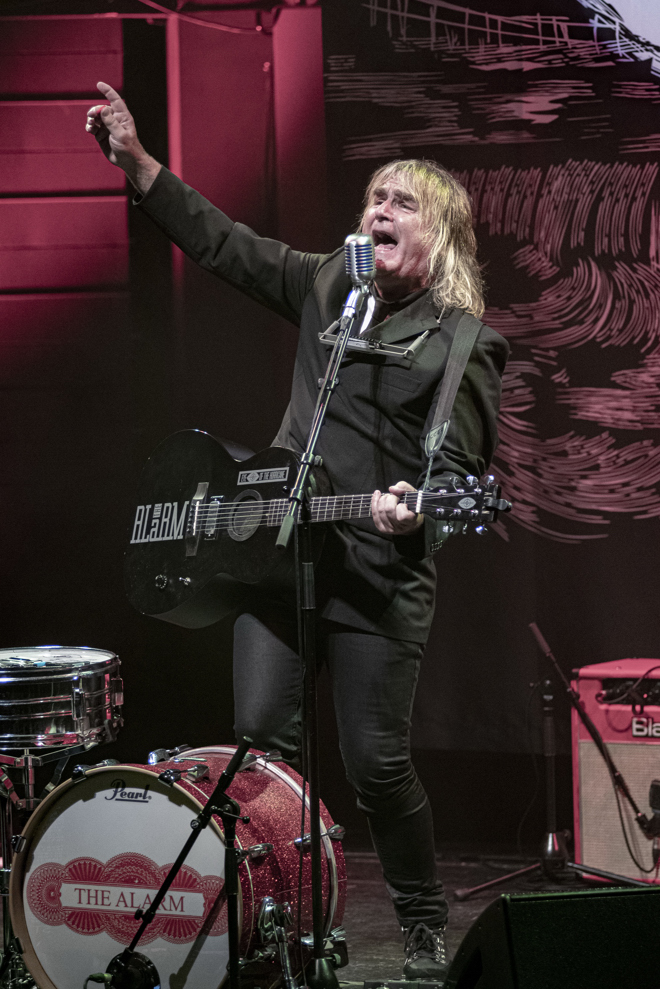 I’ve been a fan of Mike Peters and The Alarm ever since seeing them support U2 at the City Hall on their War tour back in 1983. I liked their honesty and integrity from the off and the fact they wrote some great singalong anthems was a bonus.

As bands do, the original line-up split and went their separate ways but Peters resurrected the Alarm and only last year I saw them put on a brilliant, impassioned performance. For his current Eye of the Hurricane tour Peters is solo – with just an acoustic guitar, a bunch of harmonicas and a snare and bass drum to accompany his vocals.

In the intimate surroundings of the Sage’s Hall 2 Peters delivered a mammoth set – split, such was its length, into three sections focusing on 1987’s Eye of the Hurricane and 1989’s Change albums. Included in these sections were several songs that were contemporary to the original releases but for whatever reason didn’t make it on to the final albums – and these included some real gems. He then followed this with an encore set of requests and classic Alarm tunes.

It wasn’t an evening of between songs chat with the audience, instead Peters deployed a poetic, spoken word narrative that linked each song and had the effect of taking the audience on a journey with him. This journey through the internal struggles of both keeping The Alarm together and through external wider world issues has echoes today. In 1989 walls were coming down and now thirty years later we seem to be building new barriers and Peters sees distinct parallels.

As is often the case, hearing songs stripped back to the bare bones gives them a fresh power, and it’s inspirational to see Peter’s perform these songs. The passion often filters through even stronger than with the full band and the emotion in the storytelling is thrust more into the spotlight. Somehow, Peters keeps this intensity going all evening – I actually lost count at 45 songs and he gave the impression that if there had been no curfew he would have kept going for much longer.

Of the two albums, the Eye of the Hurricane performance was the winner – opening with New South Wales and Newtown Jericho, an early highlight was the beautiful Ghosts of Rebecca which failed to make the original album. Rescue Me and Rain In The Summertime (the latter memorably performed by The Killers at their Cardiff Castle show this year as a surprised Peters watched from the audience) were particularly well received, as one One Step Closer to Home. The highlights in the Change set were Sold Me Down The River and Devolution Working Man Blues, and A New Day which closed the set.

For the encore it was time for everyone to get on their feet as Peters performed several of The Alarm’s hits and took shouted requests from the audience including Strength, Spirit of ’76, Father to Son, The Stand, Third Light, Absolute Reality and Sixty Eight Guns.

In the thirty six years since I first saw The Alarm, I have yet to see Peters deliver anything other than a heartfelt, entertaining and ultimately uplifting show. This current tour, which runs till the end of the month is no different and I can heartily recommend it.