Maisie Peters Debut Album ‘You Signed Up For This’ 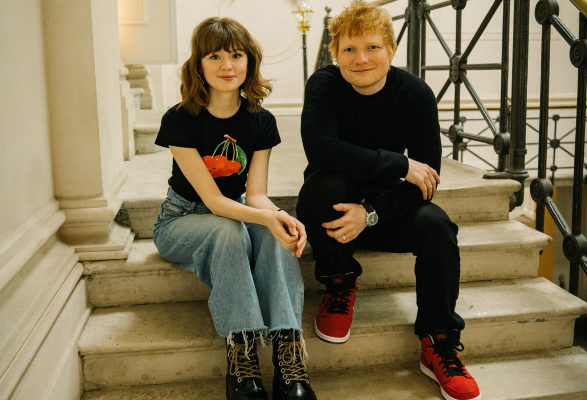 Maisie Peters has confirmed that her debut album ‘You Signed Up For This’ is due out on 27 August 2021.

The exciting news follows the announcement that she has signed to Ed Sheeran’s Gingerbread Man Records.

The pop singer-songwriter has also revealed that her new single ‘Psycho’, co-written with Ed and Steve Mac, will drop on 02 July 2021.

Maisie treated fans to a first taste of her forthcoming album earlier this year with ‘John Hughes Movie’. The track soared to No. 1 on iTunes and has been streamed over 11.5 million times globally to date.

After spending the past three years honing her craft in sessions across London, LA and Nashville, she has created a collection of songs for ‘You Signed Up For This’ alongside the likes of Ed Sheeran, Steve Mac, Fred again.., Johnny McDaid, Miranda Cooper and producers Joe Rubel, Afterhrs, Rob Milton and Brad Ellis.

Maisie commented, “Signing to Gingerbread is a dream come true. I grew up inspired and in awe of Ed, like many other 13 year olds who heard ‘Lego House’ for the first time, so, it’s kind of amazing and hard to believe that I get to be the 21 year old who is able to call him and the whole Gingerbread team now friends, family and mentors for life.

I’m so excited to announce ‘You Signed Up For This’, it really is my (albeit not hugely long) life’s work and my proudest achievement; it is my favourite album maybe ever and whilst I may be biased, I really hope it goes into the world and becomes lots of other people’s favourite too.

It all means the world and is my world and there is nothing I would rather do.”

The album will be Maisie’s second full length release in the space of three months, after she recently became one of the youngest musicians in history to write and curate a soundtrack for the second season of Apple TV+ Original Series ‘Trying’ at just 20 years old. Written in two months last winter, the project includes duets with Griff, James Bay and Bear’s Den.

Catch Maisie live at some of the UK’s biggest festivals this summer including All Points East, Isle of Wight, Boardmasters and Latitude.

Maisie Peters ‘You Signed Up For This’ Full Album Tracklisting: