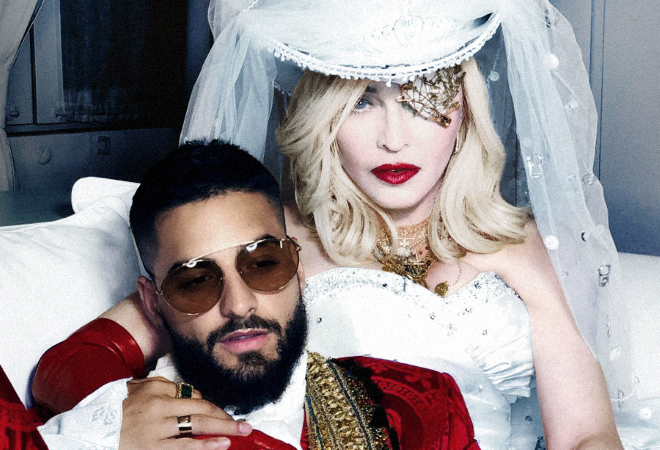 Madonna has dropped the official music video for ‘Medellín’ featuring Maluma, the first track to be released from her highly anticipated 14th studio album Madame X, due out on 14 June 2019.

The video, directed by Diana Kunst and Mau Morgó, is set in a surreal world where Madame X comes to life — bringing dance and the rebellious spirit of individuality into another dimension.

The album was recorded in Portugal, London, New York and LA over 18 months and saw Madonna once again join forces with long-time producer Mirwais, as well as the likes of Mike Dean and Diplo.

She commented, “Lisbon is where my record was born. I found my tribe there and a magical world of incredible musicians that reinforced my belief that music across the world is truly all connected and is the soul of the universe.”

Madame X is a collection of 15 new songs that celebrate Madonna’s career-long affair with Latin music and culture as well as other global influences. Singing in Portuguese, Spanish and English, some of the album highlights include anthemic track ‘I Rise’, the infectious Latin pop gem ‘Crave’ featuring Swae Lee and Jamaican dancehall number ‘Future’ featuring Quavo.

Madonna and Maluma will perform “Medellín’ live together for the first time at the Billboard
Music Awards this May.