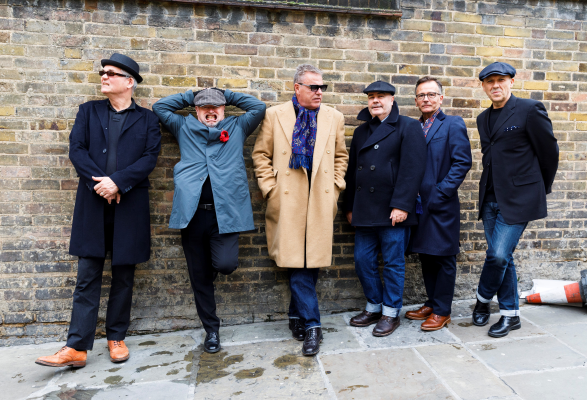 Madness have announced The Ladykillers Tour for November/December 2021 plus very special guests Squeeze.

News of The Ladykillers Tour follows critically acclaimed docu-series ‘Before We Was We’ and recent one-off livestream event ‘The Get Up!’, which took place on Friday (14 May) live from the London Palladium. The virtual show, scripted by Charlie Higson, featured two sets of classic songs including ‘Our House’, ‘One Step Beyond’ and ‘Baggy Trousers’ as well as guest appearances by Paul Weller and Roland Gift. The stream also saw the British pop legends premiere three new songs, ‘Cruelest Comedy’, ‘If I Go Mad’ and ‘Baby Burglar’.

The band’s original video for ‘Our House’ has been restored from the original 1982 16mm film print to a brand new 4k version, bringing the iconic visuals back to life – WATCH IT HERE:

After 18 months cooped up, the Nutty Boys are gearing up to get back to doing what they do best! Don’t miss out on the chance to snap up tickets to see Madness live on tour later this year.