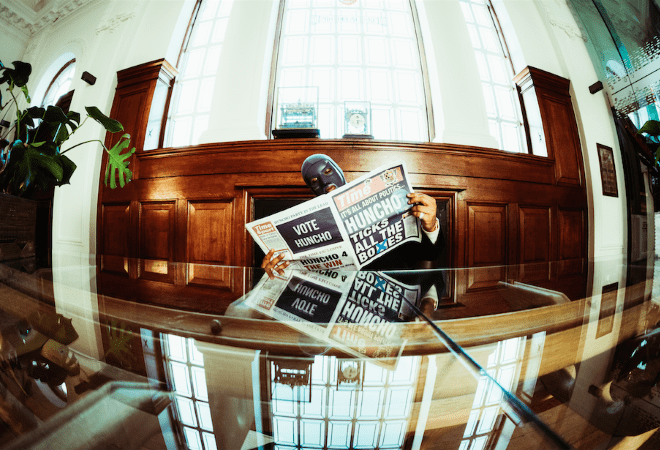 The song is lifted from the rising artist’s ‘Huncholini The 1st’ mixtape, which dropped earlier this year.

The visuals see the trap-wave pioneer take on various roles including a bricklayer, Transport For London employee and the Mayor of London to deliver the message of the track.

2020 has already been an eventful year for M Huncho who looks set to cement his status as one of the hottest up and coming rappers in the UK right now. After dropping his second mixtape in less than a year, ‘Huncholini The 1st’ debuted at No.5 on the UK Official Album Chart and remained in the Top 10 for an impressive five weeks following its release.

M Huncho was due to head out on his Huncholini The 1st tour this spring but has since rescheduled his shows due to the current coronavirus pandemic – check out full details below.