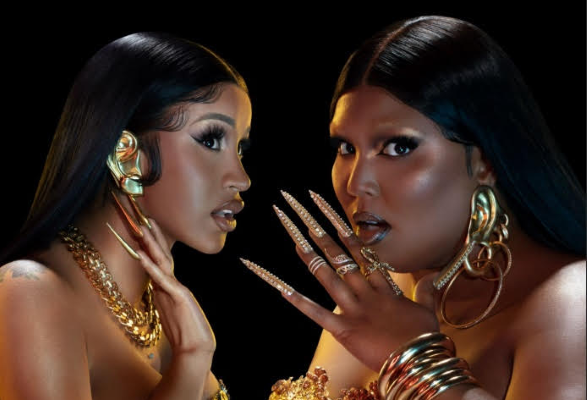 Lizzo has made her highly-anticipated return with her first new track in two years ‘Rumors’ featuring Cardi B.

The single is the first-ever collaboration between Lizzo and the Grammy-winning rapper and is accompanied by an official music video.

Lizzo’s Platinum-selling debut album ‘Cuz I Love You’ dropped back in April 2019. The full-length debuted at No.6 on the Billboard Top 200 Albums chart and spent 24 consecutive weeks in the chart’s Top 10. Her hit single ‘Truth Hurts’ became the longest running No.1 by a solo female rap artist in history after spending seven weeks at the top of the charts. Her music has gone on to accumulate over five billion global streams and counting.

The American singer and rapper kicked-off 2020 with a showstopping performance and three big wins at the 62nd Annual Grammy Awards where she was the most-nominated artist of the year. She also took home the awards for Best Female R&B/Pop Artist at the 2020 B.E.T Awards as well as Entertainer of the Year and Outstanding Video at the 2020 NAACP Awards.

In addition to her upcoming new music, Lizzo will be making a comeback to the live stage with various US festival appearances scheduled for this year including slots at Global Citizen Live, Firefly Music Festival, New Orleans Jazz and Heritage Festival and Outside Lands. She will also make history as the first woman to ever headline Bonnaroo Music & Arts Festival.