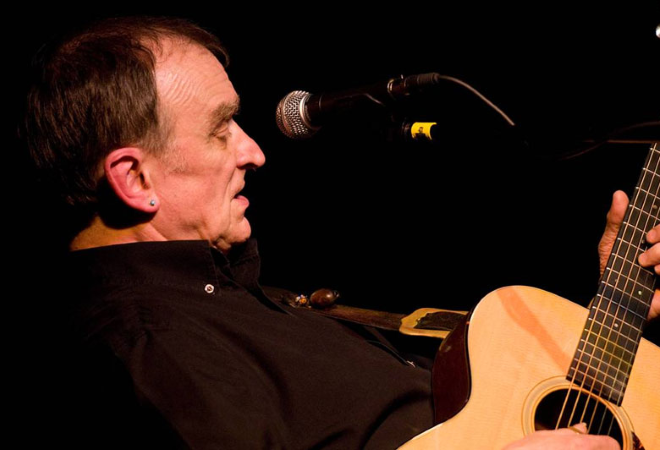 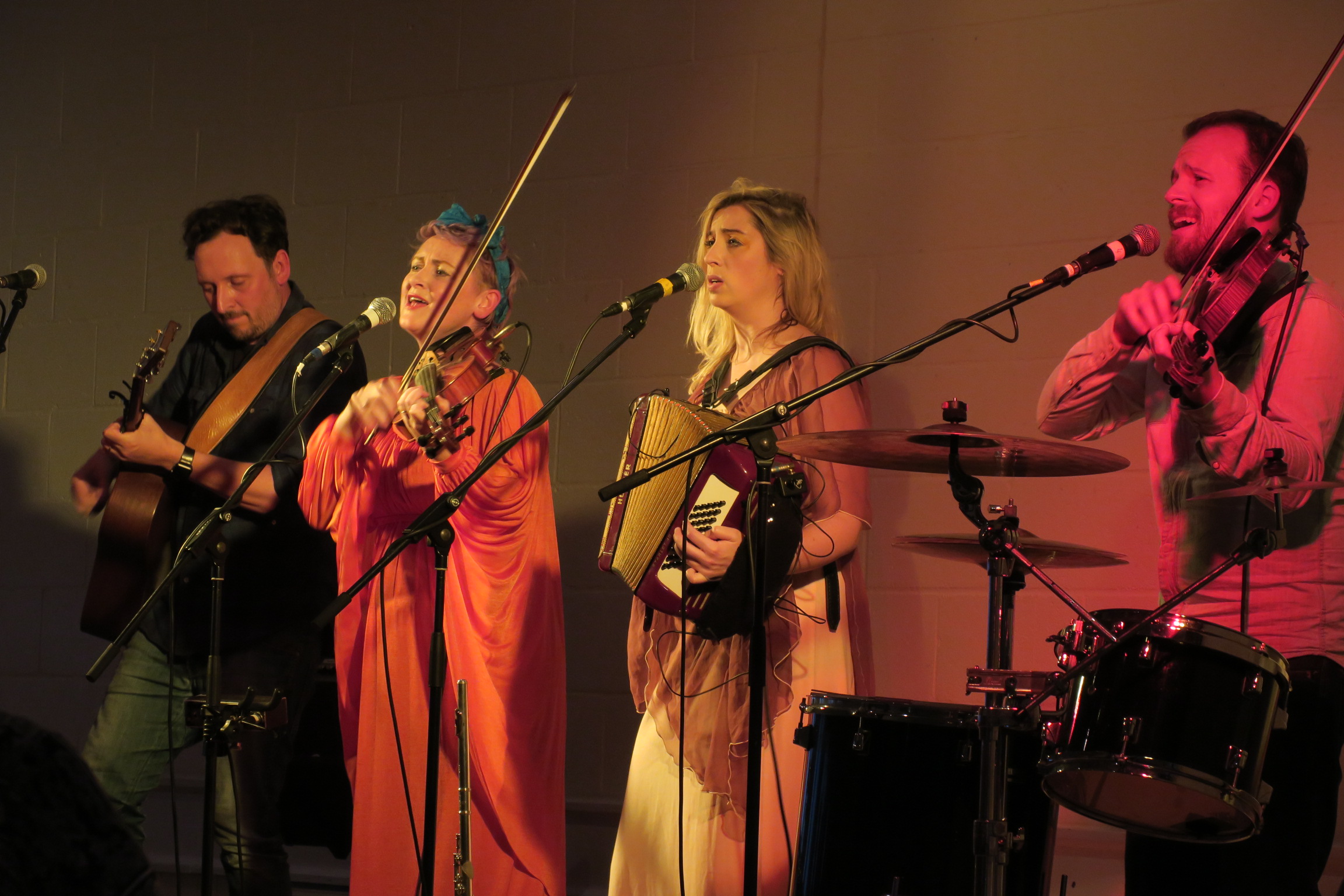 John Kirkpatrick is telling a personal love story with universal appeal, all about how he’s found the right partner and fallen into a love that has led to his recent marriage. It might sound a little syrupy on paper, but Kirkpatrick is a self-aware communicator. He’s blessed with a droll wit and so you are engaged, as we were earlier when he was called upon to explain the mechanics of his various instruments. He’s got the infectious buzz of a man alive with new romance as he recalls a moonlit farewell instigating his learning of Rodgers and Hart’s ‘Blue Moon’ then singing it to his new love over the phone. This one-man button accordion and concertina maestro sings it to the room here with a life-affirming vigour and we all sing along, bringing the curtain down on an exceptional weekend of music and dance.

The bells and whistles may well be at the neighbouring annual Folk jamboree in Cambridge, but events like this in St Neots are where the beating heart of the Folk scene is to be found. The St Neots Folk Festival is put on by the local Folk club which is in its 52nd year and the festival itself is now 36 years old. With all the characteristics of a proper underground movement, these clubs meet on a weekly basis up and down the country. They are run by people with a real passion for music and song-writing in its most analogue form. Inclusivity abounds and if you’ve never been to a folk night before maybe the encouragement for audience participation might come as a surprise. Involvement is what this is all about; if you don’t come away from sessions such as these with a desire to pick up an instrument, sing songs, write songs and generally keep music alive by simply playing it then you’ve missed the point somewhere along the way.

The thing I love about a great folk night is how much respect is paid to the music. I’m so bemused by the number of times I go to gigs and must work at focusing my attention on the music because people nearby seem more intent on continuing their private conversations rather than listening. On Friday night the focus is on showcasing up-and-coming and local talent. If this is just a sample of the range on offer in one Cambridgeshire town then there must be an abundance of under-celebrated talent nationwide. Get out there and discover this stuff! First up Sam Brothers is an acoustic troubadour in the classic early Dylan mode; all harmonica rack, jeans and boots. Standing alone, without amplification and nothing but his songs and a few wonderful interpretations in his armoury, he effortlessly charms the audience into his pocket. Chris Fox too is a Cambridge artist who today has enjoyed his first TV exposure. More obviously from the 21st Century, his act utilises a little sonic trickery with live loops but there’s no doubting his ability and he’s every chance of heading down a path similar to Nick Mulvey with the right kind of exposure. Elsewhere, Soloman Smith may look unassuming but his songs are acutely observed with memorable choruses great for joining in with. Camus are a lively traditional three-piece whose jigs and reels instrumentals close Friday night with a bang.

The Saturday and Sunday schedules bring the heavyweights to town but not before various central public locations have been entertained by a “Day of Dance”. Then the live concerts are ignited by the vintage charms of London four-piece BeauBowBelles.  Again, this is an eye-opening voyage of discovery as the band swing with a rampant lust for their music that is impossible to resist. The same can be said of Ranagri whose lilting traditional loveliness is infused with a peppering of World music and an awkward comedic patter that warms the room. Here are two examples of essential modern Folk music ripe for discovery so get online and check them out, or even better than that grab an opportunity to see them live.

It’s always a privilege to see a genuine Folk legend like Martin Carthy. Traditional music is his DNA and his importance cannot be understated. That he can play to rooms of such modest capacity is both criminal and wonderful at the same time. I have seen him in the past on the kind of large-scale festival main stages that his status befits but he really does translate better in an intimate venue like this. Still a man of refreshingly low maintenance, the festival organisers had to pick him up from the train station Saturday afternoon and accommodate him for the night. They recall a previous appearance when he spent an hour in their conservatory on the Sunday morning giving a one-on-one guitar workshop to a local enthusiast. Tonight, he is a class act through and through. Having not released a CD for several years Carthy feels free to explore his 50+ year repertoire of songs. Selections range from the essential ‘Bruton Town’ to the quirky instrumental ‘The Third Man Theme’. He’s also got a deep well of stories, such as trying to teach Davy Graham the Bobby Timmons tune ‘Moanin’ (only for it to dawn on him the next day that he probably already knew it but didn’t like to say!). Martin Carthy is a master. He has never tried to move Folk music away from the environment where it belongs; where it can be nurtured, collaborated with and continue to breathe fresh life onto the traditional craft of song and we should all be extremely grateful for that.