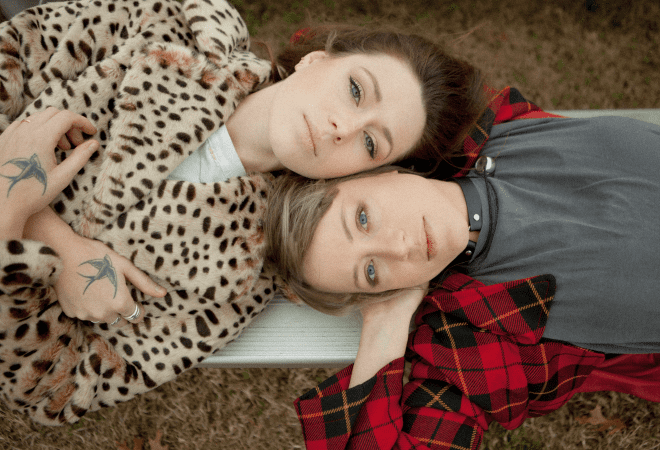 Larkin Poe have unveiled new single ‘She’s A Self Made Man’, the first track to be lifted from their highly anticipated new album ‘Self Made Man’, due out on 01 May 2020.

The album is the follow-up to the multi-instrumentalist sister duo’s 2018 Grammy Award nominated fourth studio album ‘Venom & Faith’. Both records were self-produced by the Atlanta-bred, Nashville-based pair alongside friend/engineer Roger Alan Nichols at his Nashville studio.

Working in an industry with too few female producers, Rebecca and Megan Lovell were determined to implement their independent spirit throughout their whole operation, further showcasing their grit, moxie, and determination. Check out the full album tracklisting below.

Rebecca commented, “Life is all about balance. Sometimes it’s sweet, sometimes it’s sour. With ‘She’s A Self Made Man,’ I wanted to write a song about the up-and-down ride that Megan and I have been on for the past 10 years of building Larkin Poe. It’s hard to know who you are and it can take time to figure out what your purpose is, but I feel thankful that in recent years, my own feelings have started to click and make sense. Knowing and accepting yourself: that is empowerment.”

LISTEN TO ‘SHE’S A SELF MADE MAN’ HERE.

Larkin Poe will celebrate their forthcoming release with a series of worldwide headline shows and festival appearances, including a rescheduled UK & Ireland dates for next year.

‘Self Made Man’ Tracklisting:

Self Made Man
Holy Ghost Fire
Keep Diggin’
Back Down South (feat. Tyler Bryant)
Tears of Blue to Gold
God Moves on the Water
Every Bird That Flies
Scorpion
Ex-Con
Easy Street