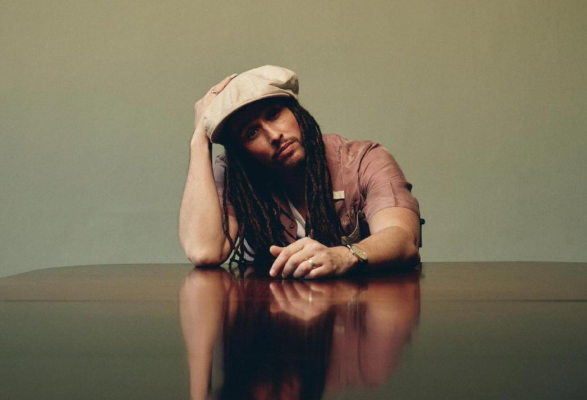 JP Cooper has announced his first headline tour in almost three years, which will see the British soul singer-songwriter return to smaller venues across the UK & Ireland in spring 2022 for an intimate run of shows.

The tour will be in support of Cooper’s highly anticipated second album ‘SHE’, due out on 15 October 2021.

Discussing the newly announced shows JP commented, “I decided a while ago that because of the pandemic and all of the struggle and separation that everyone has experienced during the last 18 months, I wanted to go back to more grassroots venues on my next tour, back to the kind of places I played when I was coming through. Firstly, to show some love to the venues themselves; they play such an important role in artists’ early careers and a lot of them have struggled to stay afloat during this period.

Secondly, I wanted to play these smaller rooms again to make it easier to connect with you guys and for you to connect with me. We’ve spent so much time apart that it’s going to be amazing to be up close and personal once again. The shows will be more intimate and stripped back, which will give us the opportunity to properly re-connect.

I’m so excited to be coming out with the band, some of whom have been with me for years, and to re-create that feeling we used to have when I did the open mic nights and small venue circuits around the UK. Keep your eyes out for the dates. On this tour, I want to shift the focus to the fans more than ever before, as we have all been through the uncertainty of the pandemic together. I want everyone to feel like a VIP. Cannot wait to get out and see you all.”

‘SHE’ will be the follow-up to 2017s ‘Raised Under Grey Skies’. Inspired by the women in his life, the album will feature latest single ‘Call My Name’ as well as recent R3HAB and Sigala collab ‘Runaway’.

LISTEN TO ‘CALL MY NAME’ HERE:

The Manchester-born troubadour’s music has accumulated over four billion global streams to date. Don’t miss him live on tour next year!