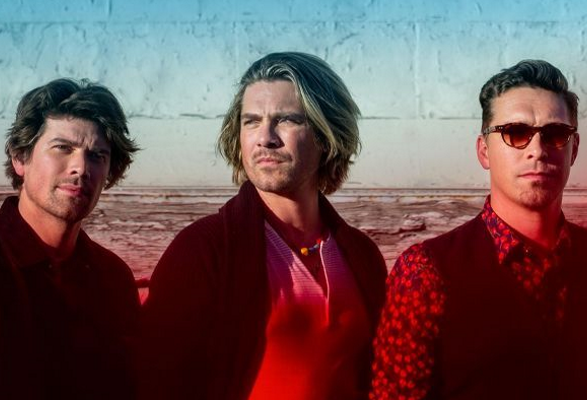 The release will coincide with the pop-rock trio celebrating 30 years of performing together and comprise of three solo-lead projects, written and produced by each brother – Taylor’s Red, Isaac’s Green and Zac’s Blue.

Isaac Hanson commented, “Going into our 30th year as a band we felt like it was imperative we continue to tell our story like only we can, and telling stories in ways that will continue to challenge us to grow and give people new reasons to listen. Red Green Blue is about sharing what has made us a band that has been able to weather so many storms.”

Taylor continued, “Our love and respect for Jim Scott has only grown since we first met 20 years ago. He has been behind some of our favorite albums, so it’s an absolute joy to have finally made a project together.”

Zac added, “We have had a long friendship and deep connection with David since our early days as a band. We could not have had a better musical collaborator for this milestone project.”

The band will hit the road on tour in support of the album this year, with a run of UK shows scheduled for June.

The shows will be their first major outing since their String Theory album tour in 2018/2019. Fans can expect to hear songs from the new project, 2020’s Against The World as well as their biggest hits.

In the run-up to the album’s official release, the brothers are set to each unveil a single. Taylor’s ‘Child At Heart’ is out 11 February, Isaac’s ‘Write You A Song’ will follow on 11 May and Zac’s “Don’t Let Me Down” will drop on 15 April.

Don’t miss the chance to catch them live at UK venues this year!