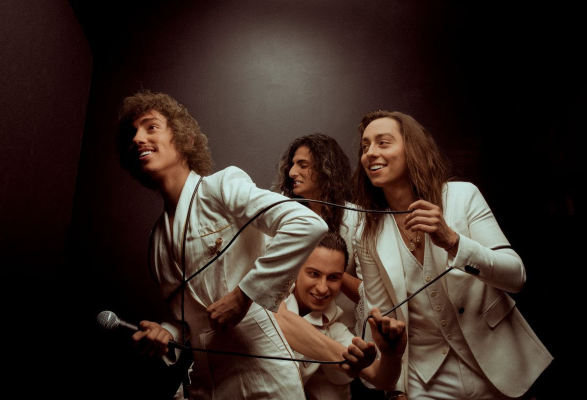 To mark the occasion, the band performed single ‘Heat Above’ on US talk show Jimmy Kimmel Live! – WATCH THE PERFORMANCE HERE:

Bass guitarist Sam Kiszka commented, “’The Battle at Garden’s Gate’ is about hope and overcoming the challenges that humanity faces…We live in a world powered by superficial institutions and this album is a reminder that it’s up to us to sing out of the silence.”

They have sold more than two million albums worldwide to date as well as performed live across the globe. Their hit debut single ‘Highway Tune’ topped the Billboard US Mainstream Rock and Active Rock charts in 2017, and their debut studio full-length ‘Anthem of the Peaceful Army’ topped the Billboard charts in 2018. Following the release of second EP ‘From The Fires’ in 2019, the rockers took home Best Rock Album at the at the 61st Grammy Awards.

Heat Above
My Way, Soon
Broken Bells
Built by Nations
Age of Machine
Tears of Rain
Stardust Chords
Light My Love
Caravel
The Barbarians
Trip the Light Fantastic
The Weight of Dreams