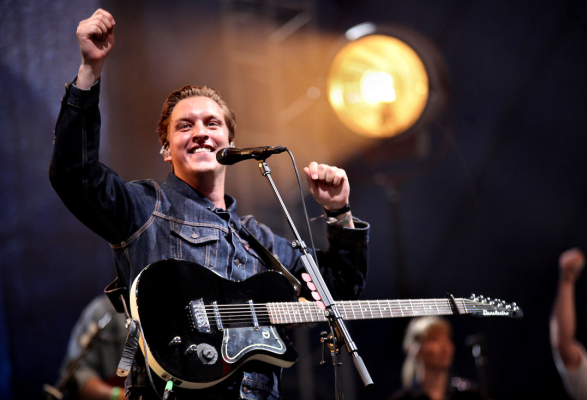 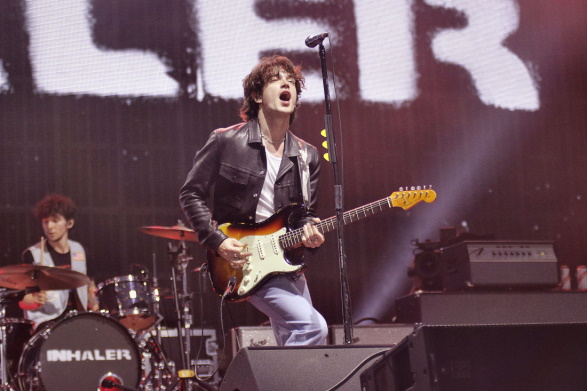 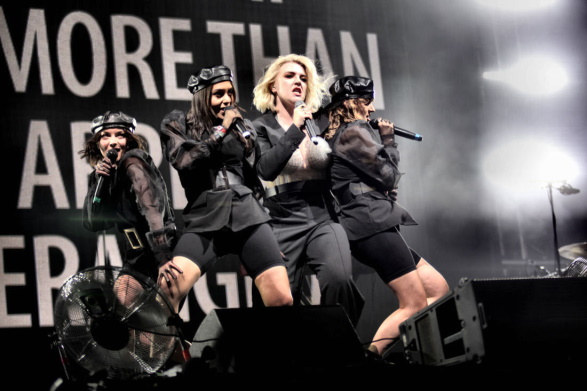 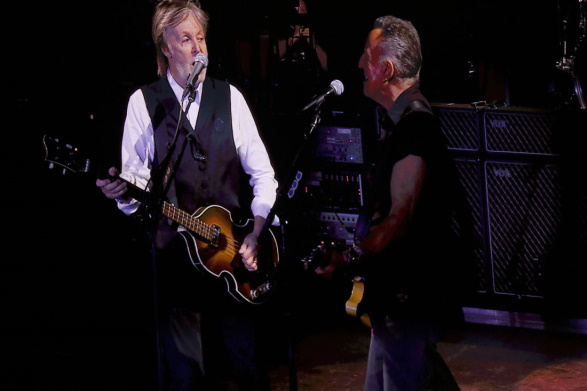 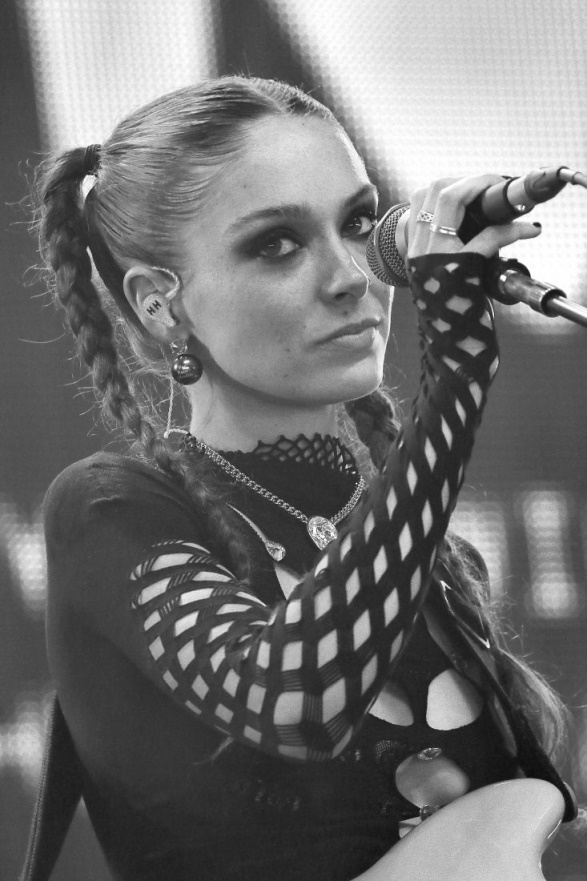 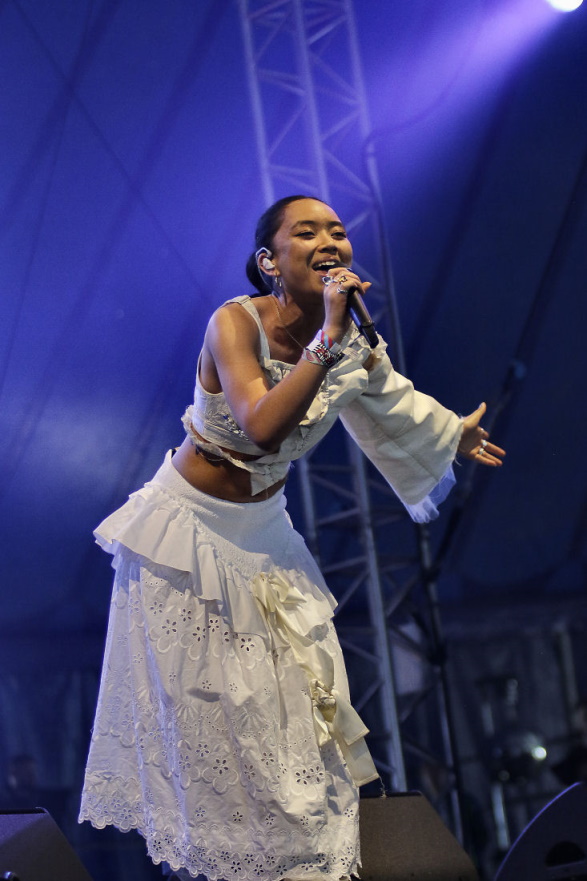 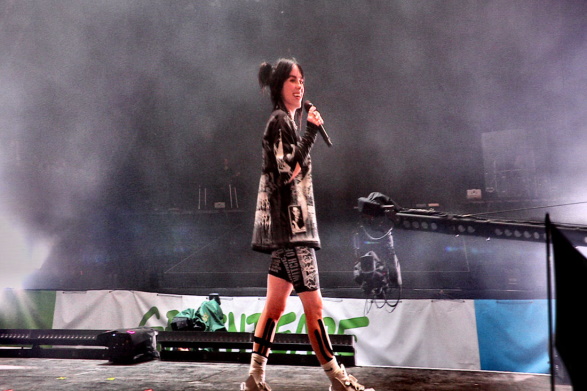 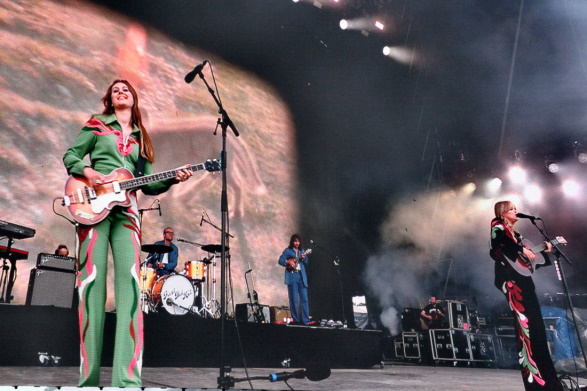 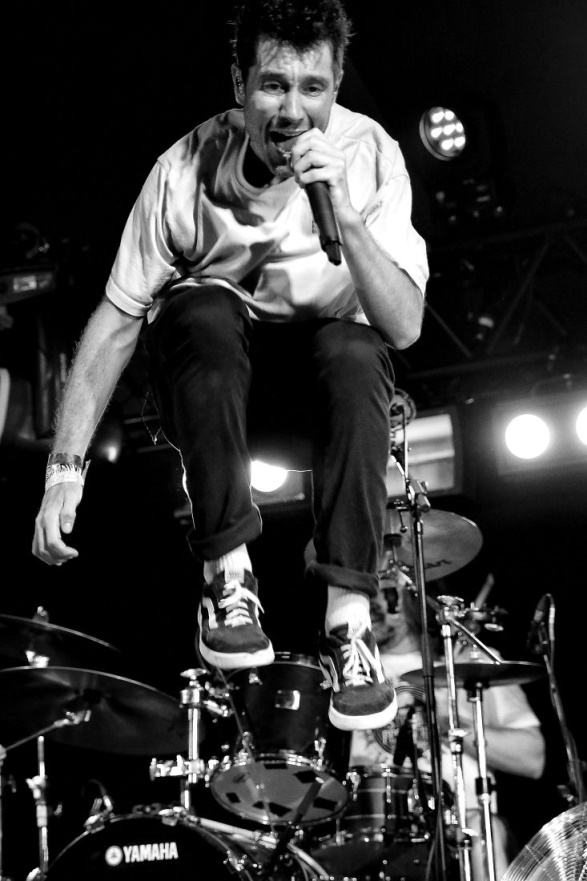 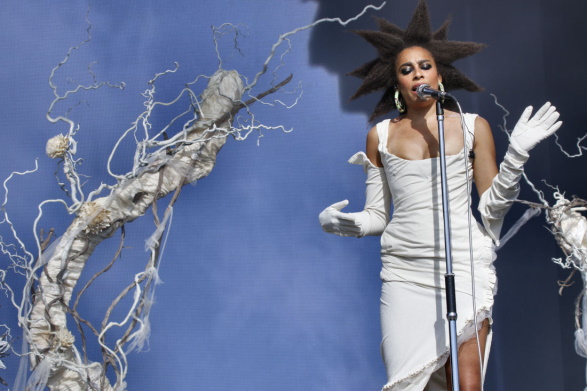 After getting tickets three years ago, it would be easier to win the lottery! Then you know what happened, to eventually get to go to say we were excited would be an understatement. Arriving on the Wednesday to get in along with a lot more people, and sods law it is extremely hot, and believe me the trek – and it is a trek – is exhausting. Carrying your backpack and pulling trolleys of all sorts, occasionally briefly thinking, hope it’s worth it. On the way in you see, dead carcasses of trolleys that had gone to that great trolley heaven, wheels broke, axles bent, people dragging what’s left or just lifting it up and carrying.

Well, we were in and putting up our tent, which we haven’t ever done before and struggling, and within 10 minutes of being here, a man who had a tent behind us, comes over and asks if he could help. This was the first sign of the fantastic friendliness of this festival. Tent up, and I would have to say that within the first hour we had made friends with two chaps from Manchester, Lewis and Chosie, and a very tall, very funny Liverpudlian Shaun, and his obsession with the One Show and Sugababes, with his best friend Rebeka, sharing tea, drinks and bacon all the time we were here.

Now for the action. We were given press upgrades, including a photo pass, albeit not the main two stages, and set about planning our itinerary. There is so much going on, so you can’t wing it, you would lose too much time. Obviously, there are the big names on larger stages, but there are tents and stages all over the place, and sometimes quite big names at too smaller venues, so you must allow plenty of time to get near. But unless you had a time machine there is no way to get round everything. Along with the live acts there are DJ areas, like Shangri La, and the spider that goes on all night. Circus acts, magicians, you name it and it’s probably here.

Apart from the immense variety of entertainment on offer, people watching is a great entertainment in itself. Anything and everything goes and it is obvious that some people have put great thought into their wardrobe, hair and makeup, either individually or in groups, with matching themes. Apart from as mentioned before, the big names, Diana Ross, Noel Gallagher’s High Flying Birds, Robert Plant & Alyson Krauss, Sam Fender, First Aid Kit, Billie Eilish, Kacey Musgraves, Years And Years, and many more, and that’s just the two main stages, and oh I forgot, Paul McCartney who not only pulled out Dave Grohl, then followed this by bringing on The Boss, Bruce Springsteen, himself. WOW! Both had flown in just to appear.

At smaller stages we saw, Griff, Holly Humberstone, Self Esteem, Bastille, Inhaler, Celeste and a late addition George Ezra in the John Peel tent. On the final night we went walkabout to get something to eat and drink and to see what was happening and round a corner we came across a stage with five ladies dressed in sparkly attire, Mama Mia style. Four of the ladies over 60, singing well-known tunes, with, well the best I can describe their voices as decent karaoke, and sometimes changing words, but it didn’t matter, they were fantastic fun. When we found them there must have been a couple hundred watchers, by the time they finished probably about 2000, and everyone singing and dancing their heads off. It was a great finale to the festival for us and this at one in the morning, hats off to Doreen Doreen.

Apart from the myriad of music available, and other entertainment, we think that the biggest thing we will take from our time at Glastonbury is the friendliness and camaraderie of the throng. If only we could get this feeling in everyday life, the world would be a better place. And hats off to all at Worthy Farm, the security staff were amazing, and all the volunteers, who helped make this an experience to remember. I hope we can get tickets for next year – we want more.

TIP FOR THE FESTIVAL: Just take your tent first and go back for the rest, later!!