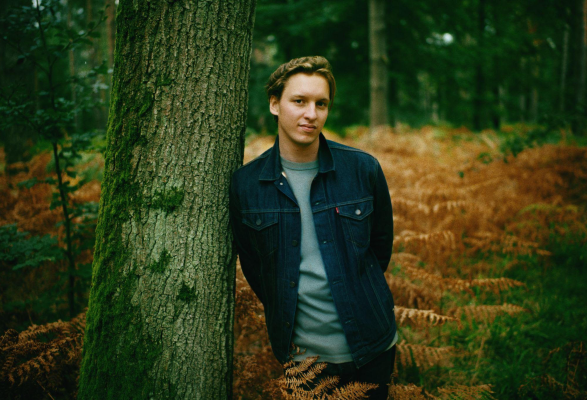 The shows will be in support of his hugely anticipated new album ‘Gold Rush Kid’, due out on 10 June 2022.

The track is the second to be lifted from his forthcoming full-length and follows euphoric first single ‘Anyone For You’.


George Ezra is also set to play his biggest headline show yet at London’s Finsbury Park this summer on 17 July 2022, where he will be joined by Blossoms, Holly Humberstone, Mimi Webb, The Big Moon, Mychelle & London International Gospel Choir.

He took to his social media to share the exciting news about his huge Finsbury Park show posting, “Hello! I keep trying to write this caption and keep over complicating it because I’m too excited ? So the headlines are: we’re coming back, I’m extremely excited and I can’t wait to see you all ? I hope you’re keeping well and that you had the best weekend! See you at Finsbury Park 17th July 2022 ? x”

The English singer-songwriter’s last full-length was his 2018 sophomore LP ‘Staying At Tamara’s’. The release earned him his second UK No.1 album to date and was also the second biggest album of that year. The record featured hit singles ‘Paradise’, ‘Hold My Girl’, ‘Pretty Shining People’, ‘Saviour,’ ‘Don’t Matter Now’ and ‘Shotgun’, which was also one of the biggest songs of 2018.

The album arrived nearly four years after he first burst onto the scene with his 2014 multi-platinum, chart topping debut album ‘Wanted On Voyage’ and Top 10 singles ‘Budapest’ and ‘Blame It On Me’.

Don’t miss him live on stage this year!