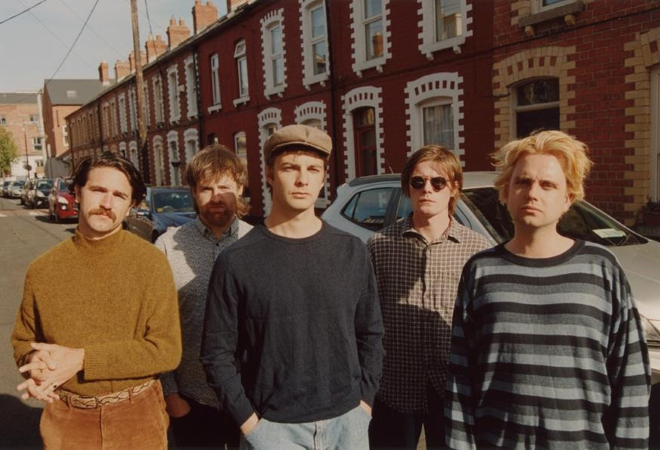 Fontaines D.C. announce first ever performance of new album ‘A Hero’s Death’ in its entirety.

Filmed by Collective Dublin and captured within 2FM Radio’s studio in Montrose, Dublin, the virtual event will air on Monday 03 August at 8pm BST. The band will perform the new album in full for the first time along with selected tracks from their award-winning debut ‘Dogrel’ plus live Q&A.

For access to the performance pre-order the new album HERE.

The Irish punks have already unveiled three songs from ‘A Hero’s Death’ including the title track and accompanying music video starring Aiden Gillen, ‘I Don’t Belong’ and latest single ‘Televised Mind’. The album is due out on 31 July 2020.

The release comes almost a year after their hit debut ‘Dogrel’ earned them the title of one of the most acclaimed new bands of 2019. The album went straight into the Top 10 on the UK Albums Chart as well as earned the band a Mercury Prize nomination, followed by a triumphant sold out London show at the Brixton Academy.

The band have confirmed a new run of tour dates in spring 2021 – details below: