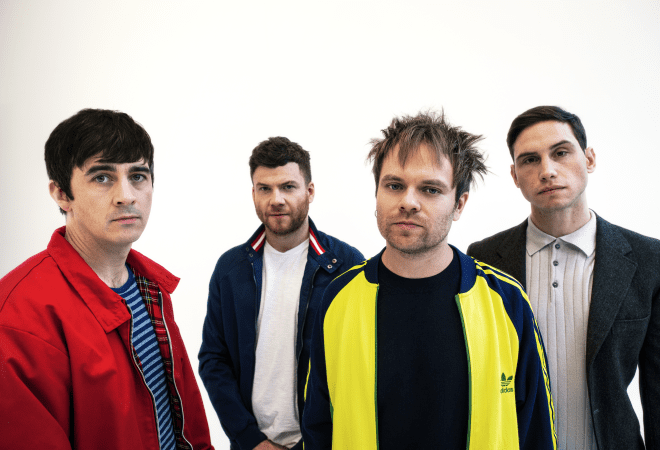 Enter Shikari have dropped new track ‘T.I.N.A.’, taken from their highly anticipated upcoming album ‘Nothing Is True & Everything Is Possible’, due out on 17 April 2020.

The track follows previously released singles ‘The Dreamer’s Hotel’ and ‘The King’ after the genre-busting quartet were forced to cancel a handful of album launch shows due to the coronavirus outbreak.

The inspiration behind the new album came while putting together their book ‘Dear Future Historians’, charting the lyrical creativity of the band. Frontman Rou Reynold commented, “Looking at all we had achieved, gave us a better sense of perspective and confidence……. What are we capable of? What is possible? These questions are part of Shikari’s DNA. But now we reflect a society where possibility itself has drifted from something of optimistic opportunity to something quite frightening.”

To date the band has dropped 4 Top 10 Albums, accumulated millions of streams as well as sold out huge world tours. They have received multiple awards, including Best Album at the 2018 Kerrang! Awards for their previous album ‘The Spark’ and were crowned Best Band by Rocksound last year.

Tickets on Presale Thursday (26 March) at 10am from Gigantic

Check out the full ‘Nothing Is True & Everything Is Possible’ Album Tracklisting below: