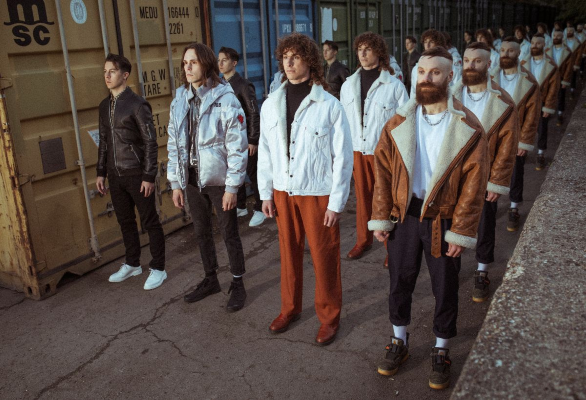 The anthemic track mixes epic synth guitar riffs with hip-hop loaded verses and although at first it appears to pay homage to a certain football team, the track delves deeper into the darker side of fandom.

Frontman Rob Damiani explains, “I wanted to write something about an aspect of social media culture I’d really noticed in the last year…Of people tearing other people down, with much of that destructive negativity coming from the supposed fans of bands and teams. In football, you get these ultra fans who go way beyond the point of criticism into cruel, unadulterated bullying.”

CHECK OUT THE “MIND-BLOWING” VIDEO HERE:

‘Amazing Things’ will be Don Broco’s fourth album to date and official follow-up to 2018s ‘Technolgy’, which reached the Top 5 in the UK charts and accumulated over 100 million streams. Their 2015 release ‘Automatic’ earned the band their first UK Top 10 album.

Renowned for their high-energy live performances, the British rockers have previously sold-out huge shows across the UK and performed at festivals across the globe.

They have also toured with the likes of Mike Shinoda, State Champs, Dance Gavin Dance and Our Last Night in the US as well as sold out their very own debut US headline tour.

In addition to headlining the Slam Dunk festival this September, they will once again hit the road on a headline UK tour – full details below:

Tickets on Presale at 10am from Ticketmaster