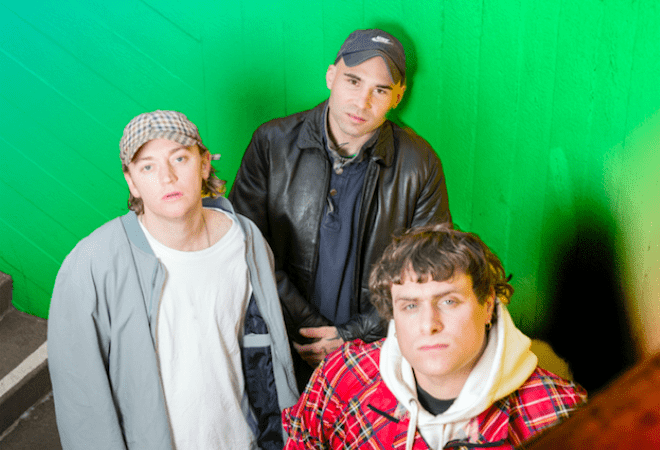 DMA’s have shared new music video for track ‘Learning Alive’, which features on their upcoming new album ‘The Glow’, due out on 10 July 2020.

The visuals, shot by Rik Sanders and edited by McLean Stephenson, follow the band behind the scenes during a recent UK tour. The Lennon-esque intro to the track soon transforms into something unexpected, with a stirring string section and melancholic lyrics for the ultimate indie ballad.

The album was recorded and mixed by Grammy Award-winning Stuart Price in West Hollywood’s Westlake Studios and London’s RAK Studios.

Hailed by critics as “cult-heroes” and renowned for their live performances, the Australian rockers will head back out on tour across the UK & Ireland later this year with rescheduled dates confirmed for October 2020, including their biggest London headline show to date at the iconic Alexandra Palace.

DMA’S are made up of Tommy O’Dell, Matt Mason and Johnny Took. Back in 2018 they became one of the first Australian bands to play the iconic MTV Unplugged Sesson. Their second album entitled ‘For Now’ released that same year and saw them achieve their highest UK chart position at No.13.