Craig David ‘When You Know What Love Is’ Video 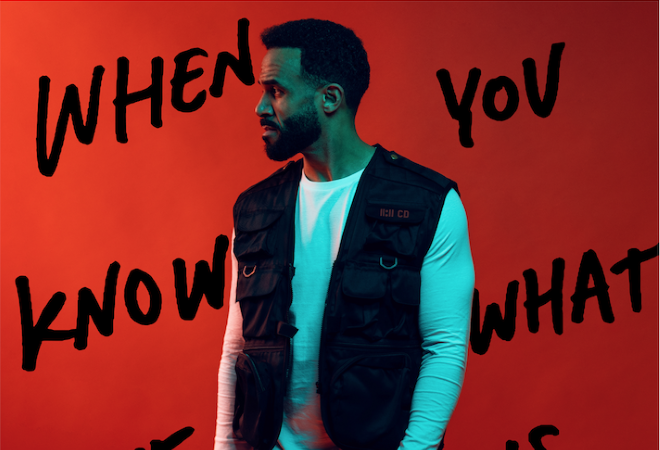 Craig David has dropped the official music video for new single ‘When You Know What Love Is’.

The singer-songwriter’s latest track is set to feature on the new Love Island compilation, due out on 07 June 2019. He commented, ‘‘It feels amazing to finally share what I’ve been working on! This track came about so naturally and it’s all about the initial undeniable spark you get when something feels right – wanting to hold on to that feeling and seeing how it can develop.”

Craig is currently preparing to return for his fourth season residency at the Ibiza Rocks Hotel, which kicks-off this summer on 09 July until 24 September with special guests DJ Luck and MC Neat, MistaJam, Shy FX and Donae’o.

The hitmaker is also set to bring his critically acclaimed TS5 show back to London where it will make its debut at this year’s SW4 festival in August. Curating his own stage, he will be joined by a host of rising artists including Mabel, Big Zuu, Yungen, Nathan Dawe, Jax Jones, Martin Sloveig, Sigma as well as special guests Basement Jaxx.

Nineteen years since the critically-acclaimed ‘Born To Do It’, Craig David made his massive comeback with Big Narstie on the platinum certified single ‘When The Bassline Drops’. With demand for his live performances now higher than ever before, he continues to be a musical force to be reckoned with on both the live circuit and charts, racking up 20 UK Top 40 singles and seven UK Top 40 albums to date.