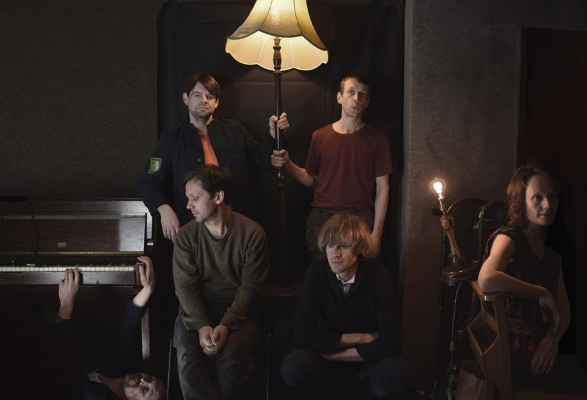 The ensemble has confirmed details of their first new album in five years as well has revealed that they have changed their name to Sea Power.

The upcoming full-length, entitled ‘Everything Was Forever’, is due out on 11 February 2022.

Co-frontman Yan commented, “The song is part inspired by our late dad…He was always giving a two-fingered salute to people on the telly – a kind of old-fashioned drinking term, toasting people or events: ‘I’ll drink two fingers to that’, to some news item or to memories of a childhood friend. In the song it’s a toast to everyone, remembering those in our lives and those sadly no longer here and to making the world a better place. The song is ‘F*** me, f*** you, f*** everything.’ But it’s also ‘Love me, love you, love everything’ – exultation in the darkness. If you say ‘f*** you’ in the right way, it really can be cathartic, a new start.”

The Mercury-nominated, BAFTA-winning band said they decided to change their name to Sea Power to avoid any misinterpretations of jingoism.

Alongside the name change, which comes 20 years on from their inception, they have also shared that they “deeply love the British Isles” and “feel lucky to have been born and raised across these lands”.

CHECK OUT THEIR OFFICIAL ANNOUNCEMENT HERE: