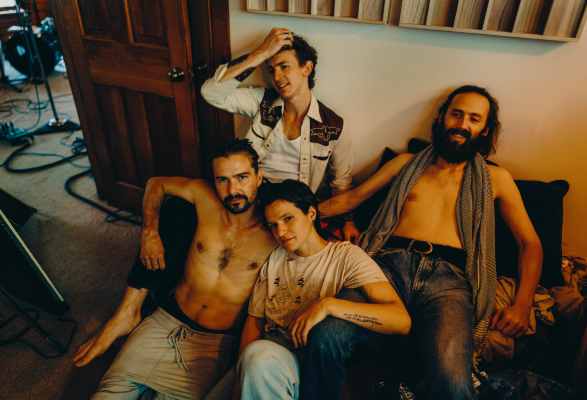 Both songs were produced by Big Thief drummer James Krivchenia and is the band’s first new material since their critically-acclaimed 2019 album ‘Two Hands’.

Krivchenia commented on the track saying, “It’s in this sort of evolving free time signature where the beat is always changing…so Max [Oleartchik, bassist] and I were just flowing with it and guessing where the downbeats were – which gives the groove a really cool light feeling.”

Discussing ‘Sparrow’ Krivchenia said, “We all just scattered about the room without headphones, focused and in the music – you could feel that something special was happening…It was a funny instrumentation that had a really cool natural arrangement chemistry – Max on piano, Buck [Meek, guitarist/vocalist] providing this dark ambience, me on floor tom and snare and Adrianne in the middle of it with the acoustic and singing.”

The four-piece will head out on tour next year, with UK & Ireland dates scheduled for February 2022 – more details here: