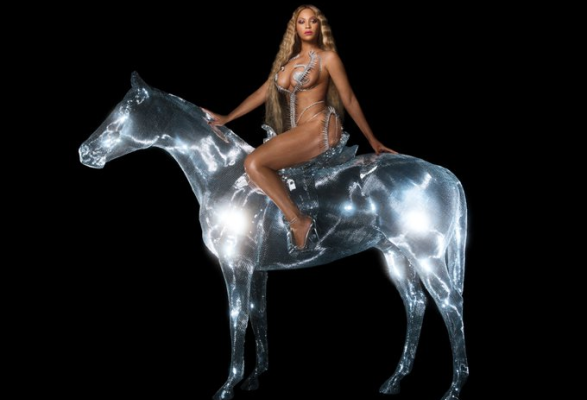 Beyoncé has confirmed that her sixth studio album ‘Renaissance’ is due out on 29 July 2022.

She also took to social media to reveal the official album cover posting, “Creating this album allowed me a place to dream and to find escape during a scary time for the world. It allowed me to feel free and adventurous in a time when little else was moving. My intention was to create a safe place, a place without judgment. A place to be free of perfectionism and overthinking. A place to scream, release, feel freedom. It was a beautiful journey of exploration. I hope you find joy in this music. I hope it inspires you to release the wiggle. Ha! And to feel as unique, strong, and sexy as you are.”

The singer recently shared uplifting dancefloor anthem ‘Break My Soul’, the first single to be revealed from her forthcoming full-length.

The new album announcement was made via video streaming service Tidal on Thursday (16 June). The chart-topping superstar also updated her social media bios with ‘act i RENAISSANCE 7.29’ and deleted her profile picture from all platforms, hinting that new music is on the way soon.

The 16-track release will be her first solo album in six years and the official follow-up to 2016s widely acclaimed full-length ‘Lemonade’. The ground-breaking record received nine Grammy nominations including Album of the Year and Record of the Year and Song of the Year as well as took home the awards for Best Urban Contemporary Album and Best Music Video for ‘Formation’.

Queen Bey has since released other material, including a surprise joint album with husband and rapper Jay-Z in the form of 2018s ‘Everything Is Love’. She also curated and featured on the movie soundtrack for Disney’s remake of The Lion King in 2019.

Her forthcoming multi-part release is rumoured to include both dance and country style tracks, with contributions from songwriter Ryan Tedder, who co-wrote her 2008 hit single ‘Halo’.

The 40-year-old singer has also revealed that she will be British Vogue’s July issue cover star after sharing a string of back-to-back posts on her Instagram.

Get ready Beyhive – the countdown to ‘Renaissance – Act 1’ has officially begun!