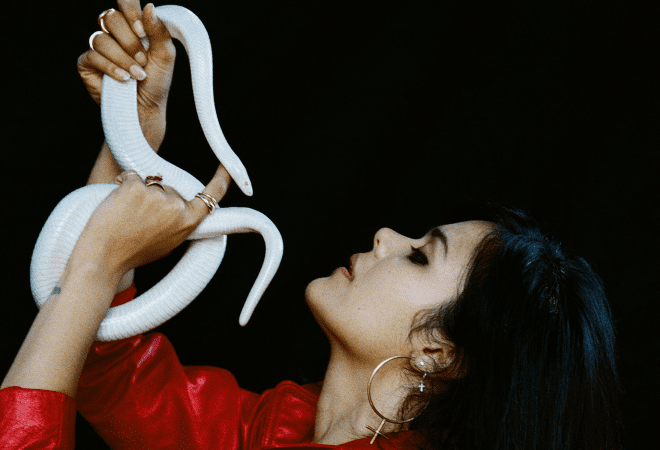 Bat For Lashes recently shared another track from her highly anticipated new album ‘Lost Girls’, which is out new.

The album is Bat For Lashes AKA Natasha Khan’s fifth studio release to date. Inspired by growing up in the 80s, it pays homage to LA where the album was recorded and features some of her finest songwriting to date.

The 10 new tracks explore a parallel universe created by the singer that form an off-kilter coming of age film where gangs of female bikers roam the streets, casting spells and leaving clues for us to follow as we listen to each song. Latest single ‘Jasmine’ offers another glimpse into this vivid, cinematic universe that she has conjured for ‘Lost Girls’.

LISTEN TO THE FULL ALBUM HERE:

Khan has also announced an intimate 5-date UK tour for this November. These shows will feature vocal, electronic synth and piano sets as well as a never performed before set of previous material alongside songs from the new album ‘Lost Girls’.