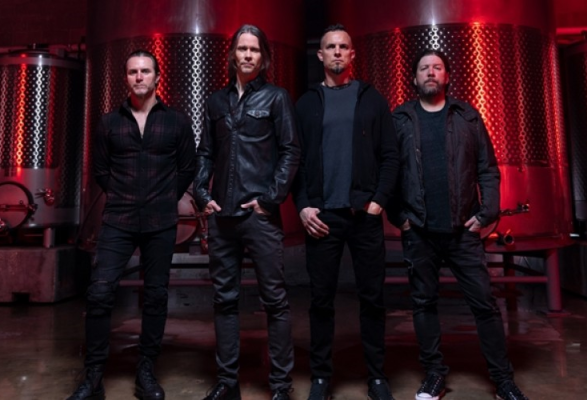 Alter Bridge will bring their Pawns & Kings Tour to arenas across the UK & Ireland this winter plus special guests Halestorm & Mammoth WVH.

The run of shows will form part of an extensive European tour, with dates scheduled in 25 cities across over 18 countries.

The rock titans are currently in the process of recording their seventh studio album. The record will be the follow-up to 2019s highly acclaimed ‘Walk The Sky’, which topped dozens of charts around the globe. The upcoming full-length is expected to be released sometime later this year, with an official title yet to be announced.

Discussing the tour Alter Bridge frontman Myles Kennedy said, “Alter Bridge is returning to the EU/UK this winter with our friends from Halestorm and Mammoth. It’s going to be a delicious sonic smorgasbord of Earth-shaking Rock & Roll that goes to 11. Don’t miss it!”

Halestorm’s Lzzy Hale also commented, “To all our European Freaks, we’ve missed you, and are so happy to announce that we are finally crossing the ocean to come and see you all again! This time around we are sharing the stage with all our friends in the legendary Alter Bridge and the one, the only Mammoth WVH! You do not want to miss this show! I can’t wait to experience the passion of you, the Euro Rock fans!!! See you front and centre!”

The band have been taking to social media to share behind the scenes photos from the studio. Don’t miss out on the chance to snap up tickets and be the first to hear their new music live!