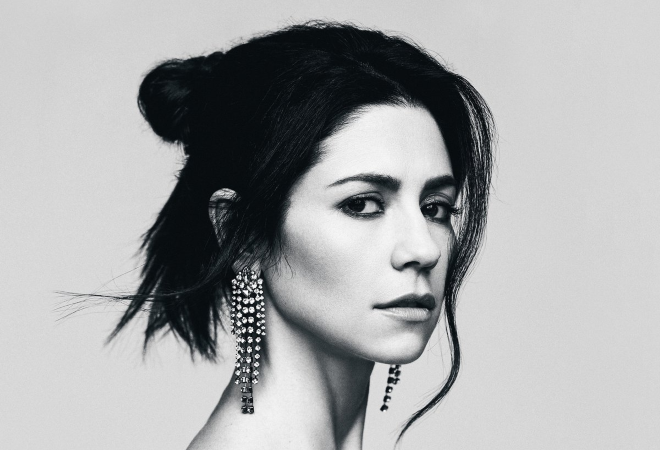 Marina has announced the Love + Fear UK Tour Part 2 for October/November this year.

Tickets on Presale Thursday (30 May) at 10am from Ticketmaster

The Welsh pop singer has spent much of the last couple of years writing and recording her album across London, Sweden and LA. She teamed up with various acclaimed songwriters and producers for the record, including the likes of Noonie Bao, Camille Purcell, Justin Parker Sam De Jong Oscar Görres, and Joe Janiak.

The album consists of two parts featuring eight songs each, including lead single ‘Handmade Heaven’ as well as her Clean Bandit collaboration ‘Baby’.

CHECK OUT THE VIDEO FOR ‘HANDMADE HEAVEN’ HERE:

Marina made her Official Singles Chart debut as Marina & The Diamonds with ‘Hollywood’, lifted from her 2010 album The Family Jewels. Her second album Electra Heart went to No.1 on the Official Albums Chart and was followed by Froot in 2015. Her other hit singles include ‘Primadonna’, ‘How to Be a Heartbreaker’, ‘I’m a Ruin’, ‘Oh No!’ and ‘I Am Not a Robot’.

Now a Platinum-selling, award-winning songstress, her music has clocked up over 800 million streams worldwide and over 400 million video views. She has also sold-out headline tours around the globe and played huge festivals including Glastonbury and Coachella.